Two months ago, we had three days of very heavy rains and thunderstorms here which led to widespread disruption of power supply. The mobile communication towers also stopped working and, being a low priority rural area, there were no diesel generators to keep them running.
I live in Sawantwadi, a small town in the Konkan region of the western ghats. For a day and a half, there was no power here, but in my village which is some 20 km away, there was no electricity for more than three days. No electricity and no mobile data network for three full days. And after three days when the network resumed, my sim card for some unknown reason stopped working and it took a while to be replaced.
The result of all this was that I was without a data network for more than 12 days. I was in my farm, busy the whole day with regular monsoon activity. But before 8.30am and after 6.30pm, I was glancing now and then at the mobile screen, drawn to it by some invisible force. Soon, it became very troubling.
...Read more »»
6 comments:
Email ThisBlogThis!Share to TwitterShare to FacebookShare to Pinterest 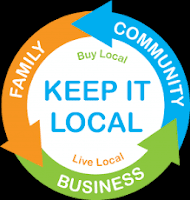 (* Gandhiji asked that all materials be sourced from within 20 kilometers of the site. Thank you, Ashutosh Jani, for pointing this out.)

3 comments:
Email ThisBlogThis!Share to TwitterShare to FacebookShare to Pinterest 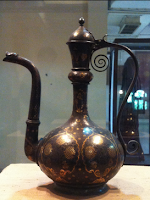 There have been quite a few jokes on social media about the re-opening of wine shops after lockdown and the thirsty rush to grab a bottle. There are also some funny but thought-provoking comments and videos showing how liquor is going to restart the economy.
I recall an incident of 1996-97,  a conversation with Chandrababu Naidu one year after he became chief minister of Andhra Pradesh. He had enacted a prohibition law as part of his election promise but after just one year, he was withdrawing it. He said that his own bureaucrats were putting pressure on him that ‘without revenue from liquor sales, we cannot run schools and hospitals’.
...Read more »»
2 comments:
Email ThisBlogThis!Share to TwitterShare to FacebookShare to Pinterest

Gandhiji has been attacked by extremists from so many directions - the RSS, the Communists, the Liberals, the Ambedkarites, the Feminists.
Divided and fighting like dogs amongst one another, in their hatred for Gandhiji however, they are as one. Extremism is a venom which is poisoning society, and one is deeply concerned today.
Both Kamal Hassan and Pragya Thakur can say or announce who they admire, and who they detest. For me, that is not the issue. But they do this from exclusive extremist positions. You don't have to hold a gun to be an extremist, it is a state of mind. To me, Kamal Hassan and Pragya Thakur are both extremists. As are the finger-pointing passionates from other areas. Hatred is not the prerogative of extremists of the so-called Right. The extremists of the Left, the Dalits, the Feminists, are also their companions.

...Read more »»
No comments:
Email ThisBlogThis!Share to TwitterShare to FacebookShare to Pinterest

On Digital Money and Urban Shit 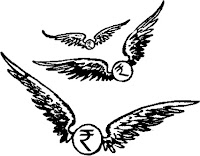 First there was the swachchata concept which put pressure on the poor to build cement-walled toilets. Thousands of poor families living on city streets and slums, and in ramshackle village huts, actually smiled at the irony of this. No roof over the head, no land to call one’s own, and we have to build a toilet with walls,  plumbing and drainage!
Following this has come the cashless concept which is putting pressure on the poor to perform electronic transfer of funds. And the poor are shaking their heads with despair because ‘cashless’ just about sums up their state of being. With daily-wage dependence and hand-to-mouth existence, they barely have money to meet their needs, let alone save and spend through digital transfers.

On Obama, Education and Slavery 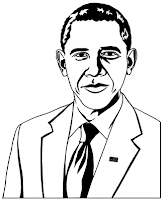 For a person who normally critiques globalization and the undue influence of the west over the rest, I should not be adding more attention to Barack Obama’s end of presidency than to what is already a sycophantic prostration being offered by global media.
But yet, I feel that one must not let this moment pass, without a due test of western democracy, which the USA represents; of the notion of equality, which Obama being a black president represents; and of modern liberal education, which is being touted as the means to that equality, but which to my mind is the blight of modernity.
Please allow me to explain.
...Read more »»
No comments:
Email ThisBlogThis!Share to TwitterShare to FacebookShare to Pinterest
Older Posts Home
Subscribe to: Posts (Atom)

Rajan Venkatesh
I am a new farmer and an old writer-researcher trying to combine the two interests at a farm at Sawantwadi in southern Maharashtra, near Goa. Earlier, I ran the experimental Bodhshala School at SIDH, Mussoorie; it was a means of exploring, understanding, what is relevant education, and the havoc caused by modern schooling. Prior to that, I had the opportunity to observe the media closely, and I am keen to explore its relationship to distortions of modernity and the impending crisis of 'development'. The issues addressed are important, relevant and useful for us to be able to transform into a humane society; I approach them with that spirit of learning.